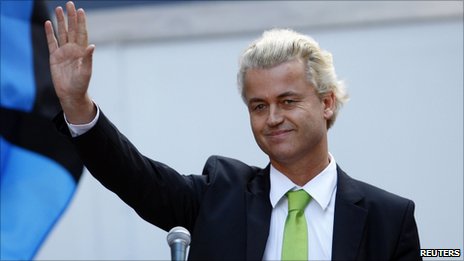 The biggest danger confronting the West today is not the economic situation, nor is it youth unemployment, nor the dire budget situation of our governments; the biggest danger is one of which we are reminded on an almost daily basis. And, yet, many politicians seem to fail to notice.

On the last day of September, 50 students of an agricultural college in Nigeria were gunned down in their dormitories by terrorists from the Islamic organization Boko Haram. Earlier in September, terrorists from the Islamic organization al-Shabaab killed at least 67 civilians, and probably many more, in a shopping mall in Nairobi. They separated Muslims from non-Muslims, allowed the Muslims to leave and then tortured, mutilated and killed the non-Muslims. Even children were murdered in the most vicious and cruel way.

In Egypt, every week dozens of Christians are being harassed, kidnapped and assassinated by Islamic thugs from the Muslim Brotherhood. In Syria, Islamic rebels terrorize and murder Christians. In Lebanon and in Iraq, too, indigenous Christian communities whose ties to their native lands are many centuries older than those of the Muslim communities, are victims of ethnic cleansing.

Even in the West, we are not immune to Islamic terror. Europe experienced this last May, when two assassins with meat-cleavers decapitated a soldier in London. America experienced it last April, when Islamic murderers ignited pressure cooker bombs during the Boston Marathon and killed 3 people and injured hundreds.

Like the specter of Communism in the past, the danger of Islam is political. Islam is mainly a political ideology because its aim is political. What the London and Boston killers, Boko Haram, al-Shabaab, the Muslim Brotherhood, Hamas, Hezbollah, al-Qaeda and other individuals and groups, causing pain and misery all over the globe, have in common is that, inspired by the Koran, they want to impose Islamic sharia law on the whole world.

They share this goal with an organization that is being held in the highest esteem by Western governments: the Organization of Islamic Cooperation (OIC). The OIC counts 57 member-states and forms the largest voting bloc in the United Nations. In 1990, it superseded the 1948 Universal Declaration of Human Rights with its own Cairo Declaration on Human Rights in Islam. The Cairo Declaration is a document of unabashed Islamic supremacism. It explicitly states that all human rights and freedoms “are subject to the Islamic Sharia.”

Islamic law is barbaric and cruel. Flogging, mutilation and other corporal punishments, stoning and even crucifixion are permitted penalties under sharia law. It discriminates women, apostates and non-Muslims, who have fewer rights or no rights at all. In 2003, the European Court of Human Rights declared that “sharia is incompatible with the fundamental principles of democracy.” And yet, few Western leaders seem to worry about the attempts to replace our basic liberties with sharia law.

Last July, German Chancellor Merkel called youth unemployment “perhaps the most pressing problem facing Europe.” A few years ago, President Obama called “cyber threat one of the most serious security challenges we face as a nation.” Today, the partial federal shutdown is claiming all the attention of America’s politicians. In Europe, the crisis surrounding the euro and the sovereign debts of the EU member states, is causing its politicians the biggest headaches. But neither of these serious problems endangers the liberties and values of Western civilization so fundamentally as the political aim of Islam to impose its laws on the entire world. And yet, not a single Western leader has dared to say that Islam is “the most pressing problem” or “the most serious security challenge” that the free world currently faces.

On the contrary, whenever confronted with horrible atrocities, Western leaders downplay the role of Islam. They claim, as British Prime Minister Cameron did after last May’s London killing, that “there is nothing in Islam that justifies these dreadful acts.” However, the justification of the dreadful acts is in the Koran. Verse 8:12 leaves no the followers of Islam in no doubt about what to do with infidels: “Strike off their heads, maim them in every limb!” it says. Muhammad’s book is full of similar verses that incite its Islamic readers to commit hostile and violent acts against non-Muslims.

Winston Churchill once said that “The people of Asia were slaves, because they had not learned how to pronounce the word ‘no’.” Today, the West must learn to say ‘no’ or it, too, will be enslaved. A specter is haunting the free world. Let us have the courage to call its by its name: It is the radical ideology of Islam with its political aim to abolish our freedoms and our democracy. It is by far the most serious evil afflicting the world today. And it is a much bigger threat to our civilization than all the other problems our politicians currently worry about and devote so much attention to. 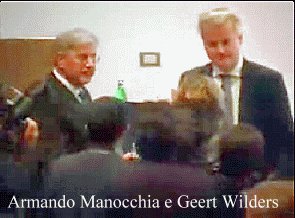 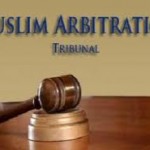 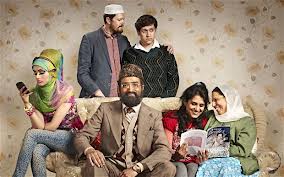